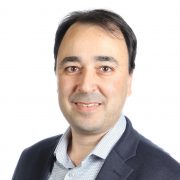 Project Overview
Immunotherapy is a type of treatment for cancer which prompts the body’s own immune system to identify and destroy cancerous cells. The main players are called T-cells, which are a type of white blood cells that play a central role in immune response. CAR-T cell therapy, a form of immunotherapy with specialised T-cells, is a novel treatment for leukaemia and lymphoma. These are made from the patient’s own blood cells, which are modified to produce special structures called chimeric antigen receptors (CARs) on their surface. CAR T cells have been shown to be extremely effective in the therapy of blood cancers, without producing the usual side-effects resulting from chemotherapy.

The main aim of this project was to test if this therapy is suitable and feasible in A-T patients and whether it could provide a suitable non-toxic treatment of lymphoma and leukaemia in A-T patients.

Research Methods
Initially, blood samples were taken from some A-T patients along with heterozygote family members – to be used as controls. The team were able to create CAR-T cells from the collected mononuclear cells and in sufficient amounts for a therapeutic cell dose; the first aim of the project.

They then assessed the cytotolxic function of these cells in the lab; the research showed that the collected cells were able to kill their targets. It was noted however that the toxic activity of the CAR-T cells from the A-T patients was lower than controls.

The effectiveness of the cells were then tested in mice; anti leukaemic activity was shown in the mice and work on this aspect of the project is still ongoing.

The team then explored the genetic integration of the CAR into the cells of A-T patients and this work is also ongoing.

Project Outcome
Dr Jacoby and his team acknowledge some challenges regarding their findings in terms of the genetic integration analysis as some concerning clonal changes were seen however the early findings are being explored further.

Publications
A publication is currently in preparation.

Tweets by @ActionforAT
Development of CRISPR/Cas Genome Editing as a Treatment for Ataxia Telangie...