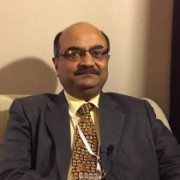 What are the researchers proposing to do?
The Nottingham team will scan the lungs of a group of children and young people with Ataxia-Telangiectasia (A-T) with a cutting-edge lung scanning technique called Oxygen Enhanced Magnetic Resonance Imaging (OEMRI), and to measure lung function with a technique not previously used in A-T called Lung Clearance Index (or LCI).

The researchers are confident that OEMRI will be a very valuable tool to look inside the lungs of people with A-T, because it does not use x-rays (no exposure to radiation from x-rays). Also, the scan does not require you to hold your breath – you just lie down in the scanner and breathe. This makes the scan much easier for people who may struggle to hold their breath or breathe in or out when asked, which is needed for other types of scans. Finally, they think the scan will tell them where oxygen is getting within the lungs, and allow the researchers to look at both the structure and the function of the lungs in one test.

The researchers know that LCI has shown to be a very good test in some other conditions, and they think it will also be helpful in A-T. It may technically be an easier test to perform than the currently performed lung function test (spirometry). LCI mainly tells us if the small airways within the lungs are working well, but also allows us to calculate some measurements of lung volume. Like OEMRI, it does not require breathing manoeuvres, and the team have adapted their equipment to use a face mask rather than a mouthpiece for people with A-T who are unable to make a good seal around a mouth piece. Unlike OEMRI, LCI can be measured with table-top equipment. So, in the future, LCI could potentially be measured at clinic appointments.

Why?
Sadly, many people with A-T develop severe respiratory disease, and lifespan is often shortened by respiratory failure. Dr Bhatt has recently led a task force for the European Respiratory Society to look at all the available evidence in A-T. This found that there is not much clinical evidence of what to do in A-T to treat respiratory symptoms. Therefore, what the team currently do in the UK National A-T Children’s Clinic, is based on their experience of running a respiratory service in a large A-T clinic for several years, and by looking at what works in other similar conditions and applying it to A-T.

The team want to make the respiratory treatments available to people with A-T better. One way of doing this is to have better tools to monitor respiratory disease. They already use lots of different tests in clinic, but none of them are perfect – they all have drawbacks. They believe that OEMRI and LCI however may be the best, complementary tools for measuring lung structure and function (and therefore getting a better idea of overall lung health) for people with A-T.

They plan to do an OEMRI and LCI in a group of children and young people with A-T once per year for 3 years. They will then have some experience of how these tests behave over time. This will allow them to determine if they are useful in monitoring lung health (they think they will be incredibly useful). The series of scans and measurements will also tell them if they can use them in clinical trials to test if a medication used for the lungs has worked. There are medications available that they could try and that are routinely used in other lung diseases, but rather than using the approach of just “giving them a go”, it would be far better to run clinical trials to test if they work, and so they don’t end up prescribing treatments that don’t work. They hope that OEMRI or LCI will be useful as measurements for future clinical trials.

How will the research be done?
The team will ask 25 children and young people with A-T to come to Nottingham once per year for 3 years, and on each of these visits they will ask them to undertake an OEMRI scan, and a LCI measurement. The OEMRI takes between 10 – 20 minutes in the scanner, where you lie back in the scanner, breathe normally, and breathe in oxygen through a face mask. It doesn’t hurt and doesn’t require you to take any medicines or have an injection. It’s a little noisy, so participants will wear special headphones.

Part way through the study the researchers will analyse the data to see what it looks like after one year and will feed-back these interim results to the A-T community. At the end of the study they will write a large study report, so that everyone knows what they have found out, and what the team’s next steps are.

How could it make a difference to the lives of those affected by A-T?
Currently around half of those born with A-T end up with very severe lung disease. The team want to reduce this number as much as possible. They hope that their study will give them the tools to monitor lung health, and to test if lung medications are working. The OEMRI scans and LCI measurements may well be useful either for testing if something is working for an individual patient, or for conducting larger clinical trials.

Initially their clinical trials may well have to be based out of Nottingham. However, one of benefits about OEMRI is that if you have a standard clinical MRI machine, with some specialised software and expertise that can be taught, OEMRI scans are possible without buying additional expensive equipment. The team hope that this will allow them to work towards multicentre, international collaborations running large trials to improve lung health in A-T globally. They are hopeful that in future they will be able to recommend evidence based lung treatments for people with A-T in clinic, and do scans or LCI measurements that will tell them that treatments are working.

We are extremely grateful to the Allergan International Foundation for their generous contribution towards this project.

Understanding dexamethasone action in Ataxia Telangiectasia
We use cookies to provide you with a better experience. Further information on our cookie usage can be found here.
Scroll to top