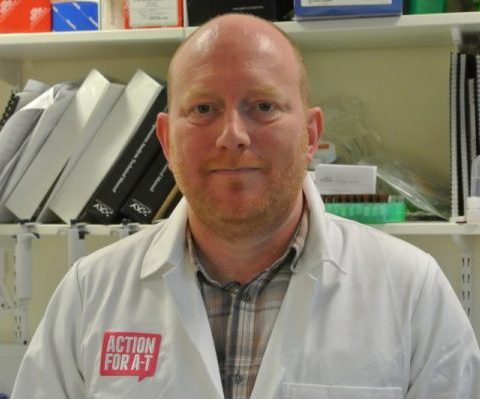 Almost all human disease genes (approx. 70%) have an equivalent in zebrafish. While humans and zebrafish may not look alike, they are similar. Zebrafish are vertebrates (have a spinal cord) which is critical for modelling disorders of the nervous system such as A-T.  This research aimed to genetically engineer zebrafish carrying mutations in the gene, called ATM, that causes A-T in human patients. The team aimed to explore whether zebrafish could provide an adequate animal model for A-T. There is a need for adequate models as currently there are limitations with conventional animal models of A-T.  They do not develop the neurological characteristics (cerebella degeneration) of the disease that an A-T human patient does. Once the research team created the zebrafish, they planned to look at the brain abnormalities seen in A-T and look at potential therapeutic drugs that may improve such symptoms.

Project Outcome
The cerebella of 12-month-old zebrafish were examined (both A-T & non A-T types). Unfortunately, in the A-T phenotype zebrafish there was no evidence of cerebella degeneration; both pathologically and functionally (using swimming behaviour).  But there were some interesting findings which may be worth further exploration. Like patients, these fish were infertile, however, while A-T patients are sensitive to radiation, these fish are not. A-T patients also have a high incidence of cancer – uncontrolled cellular growth,  and the team found that the male mutant zebrafish also exhibit uncontrolled cellular growth in their testicular tissue. It was unclear whether this was due to neoplastic (cancer) changes or not.  This project will not influence further research in this area but has answered the original question as to whether zebrafish generated with new CRISPR technologies can be used as a model for the ataxia seen in A-T.

The work will now be written up as a PhD thesis. Then a paper will be written to submit for publication.