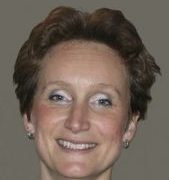 A-T is characterised by progressive cerebellar ataxia, chromosomal instability, immunodeficiency and increased cancer susceptibility. Patients’ lives are shortened, usually from cancer or chronic lung failure, of which the latter is partly due to recurrent infections. Patients have an increased risk of severe infections because of a defect in antibody production by B-cells. The team aimed to explore and understand the immunoglobulin/antibody defect seen in some patients with A-T, recognizing that the defect is seen variably in patients.  Those patients with severe immunoglobulin defects are known to have an earlier onset disease and a higher risk of malignancy. Once the defect was better understood the team planned to use this information to explore potential therapeutic targets and also hoped to identify which patients were at risk of severe antibody deficiency.

Blood samples allowing analysis of immunoglobulin levels & activity from 42 Dutch A-T patients were tested. Patients in the Netherlands are seen at the National Centre for A-T at Radboud Medical Centre; the samples had been collected from patients attending the centre.

The team were able to get a clearer understanding from the samples, of the composition of much of the B-cell compartment; B cells being key in antibody production. They were then able to look more closely at the Class Switch Recombination (CSR) seen in mature B cells which allows the immunoglobulin molecules to change where necessary. The hypothesis being that defects in the CSR process may be a problem in A-T. The molecular level work suggested the potential distortion of the CSR process.

The T cells in A-T patients were also studied. This showed T-cell system defects but not to the degree that is seen in some inherited T-cell disorders resulting in significant clinical problems with certain infections. Such infections are not seen in A-T patients leading the team to hypothesise that they must have some residual T-cell activity.

Similarities with a T-cell condition known as Severe Combined Immunodeficiency (SCID) resulted in the discovery that A-T can be seen on the Day 5 Newborn Blood Spot tests when screening for SCID. Thereby potentially allowing a diagnosis to be made on Day 5 of life when the Newborn Blood Spot is routinely taken from all babies. This is an important discovery; however, the team do acknowledge the challenging ethics related to this.

The findings of this study have the potential to be clinically useful in the short term given that A-T can be detected on Newborn Blood Spot (NBS) screening. The NBS is the heel prick test taken on all babies in the UK by the midwife on Day 5 of life. Currently in the UK SCID (and hence A-T) is not one of the 9 conditions screened for on the blood spot. Decision making on which rare conditions should be screened for is influenced by a variety factors; however, the fundamental premise is that early diagnosis should improve outcome.

It could be argued that this is currently not the case in A-T, a situation that may change as new treatments are discovered. The team from the Netherlands discussed the findings with families who universally stated despite there not being specific treatments to improve outcome in A-T they would like to know of the diagnosis early.

The impacts of the CSR and T cell defects need to be further explored and once better understood the research team acknowledge may lead to new clues for treatments.

The team have published 2 papers, have a third which has been accepted with some minor revisions and are preparing a 4th manuscript.