NEWS
You are here: Home / NEWS / All Research Projects / Completed Research / *The Stephen Green project for the study and treatment of DNA production... 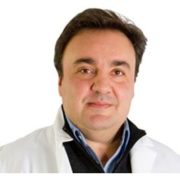 *This project was made possible thanks to the funds raised by the 2016 Scumrun participants and donations made in memory of Stephen Green. Stephen was riding for Action for A-T when he suffered a fatal heart attack during the 2015 Prudential Ride 100 cycle event.

The primary aim of this project was to look at the hypothesis that ATM (the protein which is missing or not functioning completely in A-T) controls the chemical reactions required for the production of nucleotides, which are the building blocks of DNA and other cellular components. The team looked at the impairment of these processes and if/how they contribute to the health problems associated with A-T.

Dr Constanzo and his team used several scientific methods to study the metabolic steps of the nucleotide pathways in A-T cells and studied strategies to try and restore nucleotide balance in A-T cells. They studied the molecular reactions required to produce nucleotides, which could be directly controlled by ATM to further understand how these defects occur and how they could be potentially corrected with existing compounds that are already known to impact on nucleotide metabolism.

They were able to provide evidence about metabolic effects occurring at cellular level in the absence of ATM and demonstrated multiple defects. Using cells affected by other conditions relevant to the metabolic processes studied, the team were able to further explain any defects and then move on to how these defects might be addressed with existing drugs.

One unexpected finding was a “family signature” present in carriers. They therefore believe that “metabolic defects could be largely compensated” and that residual levels of ATM are needed for pathways to compensate.

What next?
The team now have plans to look specifically at how their hypothesis might involve cells of the cerebellum as future research to test potential beneficial drugs could lead to clinical impact in the moderate term.

Tweets by @ActionforAT
The Next Chapter