NEWS
You are here: Home / NEWS / All Research Projects / Ongoing Research / Recurrent pulmonary infections and their impact on neurological decline... 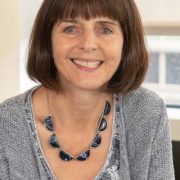 What are the researchers proposing to do?
A-T is a multi-organ disease, yet neurological pathologies (one of the main problems in A-T) are for the most part studied in isolation from other organs. Natural history reports and anecdotal evidence from some A-T families suggest that neurological symptoms progress following a lung infection. In addition, A-T patients often develop lung diseases, which also shows a strong correlation with neurological decline and mortality. Despite these reports, no studies have considered a potential lung-brain connection in A-T patients and to date, animal models have been of limited value for understanding the severe stages of the disease.

Professors Mayer-Proschel and O’Reilly have generated a novel mouse model to specifically study the early pathologies identified in A-T patients and found that their model recapitulates brain pathologies that mark the onset of neurological decline as seen in A-T patients. The models are also highly susceptible to recurrent respiratory viral infections and display a defective immune response that is associated with dysfunctional repair of the lung. While these defects have thus far been studied in isolation, the team propose that the vulnerability of the lung in A-T patients is an important contributor to neurological decline. They will now study whether respiratory viral infections and lung disease can affect the neurological status of patients and whether it can contribute to disease progression.

Why and how will this research be done?
Many A-T patients suffer from chronic and reoccurring respiratory infections. While neural and lung pathologies have been studied in isolation, emerging evidence suggests that poorly controlled respiratory infections are associated with neurological decline. The team hypothesize that the neurologic decline seen in A-T individuals might be driven or exacerbated by systemic inflammatory responses that develop when the lung fails to effectively defend against infections. Subsequent studies in their developed animal model showed that these display an impaired ability to respond to recurrent respiratory viral infections and develop dysfunctional airway pathology reminiscent of those found in lung biopsies of A-T individuals. They have found no other reports that formally test a lung-brain connection in A-T neurologic disease and saw a unique opportunity to fill this knowledge gap.  The team will use state of the art techniques to analyse central nervous system and lung pathology using a combination of lab and animal-based experiments. They will work to manipulate and characterize lung and brain function in A-T and hope to yield new insights into the progression of pathology in A-T individuals.

How could it make a difference to the lives of those affected by A-T?
Their work will provide a scientific basis for analysing the impact of lung disease on demyelination (the loss of the insulating fatty sheath called myelin of nerve fibres) in pre-morbid A-T patients. It could prompt further studies designed to associate the extent of lung disease with neurologic decline, thus providing an opportunity to use loss of lung function as a biomarker of neurologic outcomes. Their studies might encourage finding approaches that improve the efficacy of vaccination responses in A-T patients to pulmonary infections. The prevention of such infections might not only protect the lung as a target organ but may potentially represent a prophylactic treatment for protecting the brain.  They are also hopeful that their work could lead to identifying new opportunities for halting, preventing, or treating progressive neurologic disease using the lung as a portal and target organ for drug delivery in the long term.