NEWS
You are here: Home / NEWS / All Research Projects / Completed Research / Does irregular repair of DNA damage in Neurons and Lymphocytes cause cellular... 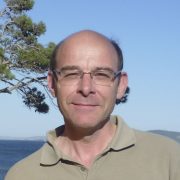 Project Overview
The ATM protein is one of the critical components necessary for the repair of DNA damage in human cells. In patients with A-T, who have mutations in the ATM gene, cells of the brain and the immune system are both affected (called neurons and lymphocytes). One important aspect of A-T is the progressive nature of these clinical symptoms, which suggests that “time” is a critical factor. Dr Jean-Pierre De Villartay and his team wanted to test the idea that the abnormal repair of such DNA damage, especially over time, may explain the progressive cellular degeneration seen in A-T patients. The main goal of the study was to test this hypothesis both on a mouse model (neuron) and in the lab (on lymphocyte cells) from A-T patients and their families.

Research Methods
The first aim was to look at ATM deficiency and neurodegeneration. In this part of the project, the team investigated how ATM deficiency affected live neurons responding to repeated activating signals in the test tube. They mapped out the pattern of DNA damage that occurs across the genome of nerve cells in response to a repeated signal. They compared how DNA damage is repaired in the presence or absence of ATM.  They also measured the impact of accumulated damage on how easily the cell can access the information contained in DNA (“genes”).

The second aim was to explore ATM deficiency and the immune function.  The team tested their hypothesis that lymphocytes might also undergo DNA damage in the course of their normal activities. They tested this with signals that activate lymphocytes. These cells were obtained from both A-T patients and mice with A-T, and compared with healthy cells (from parents or A-T carriers) for the pattern of DNA damage and associated changes in gene function.

Project Outcome
Results from the first aim have shown that the deficiency is indeed associated with cellular changes and modification of gene expression. The team suggest that this may be the basis for the neurodegeneration in A-T however as this is very early research, further work to explore this is required.

Work on the second aim provided interesting results. It is well known that lymphocytes from A-T patients are highly radio sensitive, what has not been previously described is that parents (and carriers of an A-T mutation) also display a degree of sensitivity to ionising radiation. This may have clinical importance for A-T carriers.

The initial aims of this projects were completed as planned but as this area of work is in its infancy, more research at a laboratory level is now required to explore the initial findings.

Publications
A publication is currently under preparation.

Development of CRISPR/Cas Genome Editing as a Treatment for Ataxia Telangie...
Scroll to top