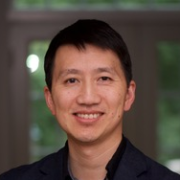 Action for A-T have provided $23,000 towards the initial “Design and Test” stage of a new ASO study developed by the US based A-T Children’s Project.

What are the researchers proposing to do?

Several ASO drugs have already been approved by the FDA for other rare diseases such as Duchenne muscular dystrophy, spinal muscular atrophy and cytomegalovirus retinitis and Dr Yu and his team have recently developed an ASO therapeutic for a neurodegenerative disorder named Batten disease.

Dr Yu and his team aim to develop and then deploy an ASO-based splice modulating therapy for Ataxia Telangiectasia.

There are currently no effective treatments for A-T, and the size of the ATM gene poses challenges to traditional gene replacement therapy approaches. Antisense oligonucleotide (ASO) therapies have recently come to the fore as a promising therapeutic strategy for genetic disorders of the central nervous system and as ASO drugs are already in existence for other rare conditions, there is a possibility that one could be developed for A-T.

How will the research be done?

Initially, the Boston based team will screen A-T patients with clinically and molecularly confirmed diagnoses to identify at least three patients who bear molecular mutations that may be treatable via splice modulating ASOs. They will then design and test ASOs both in vitro and in animal models, to block abnormal splicing. If these initial tests prove successful, Dr Yu will then seek FDA permission to launch and conduct an N-of-1 clinical trial.

Applying ASO therapy to A-T will involve making a drug that contains a short strand of RNA that will bind to the mutated site in the A-T child’s RNA so that the child’s cells avoid incorrect “RNA splicing” caused by the mutation. This drug will then be injected into the child’s spinal fluid so that it can reach the brain.

How could it make a difference to the lives of those affected by A-T?

ASO therapy could potentially produce the functional ATM protein that is missing within the cells of children with A-T. Initially, only the youngest A-T kids who have lost the fewest brain cells and who carry a certain type of mutation would be treated with this approach, using personalised drugs for each mutation.

Tweets by @ActionforAT
Cycling for Research

Non-viral gene therapy for Ataxia Telangiectasia
We use cookies to provide you with a better experience. Further information on our cookie usage can be found here.
Scroll to top