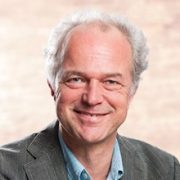 What are the researchers proposing to do?
The Dutch team will study how they can develop improved lung imaging in A-T patients using advanced MRI techniques instead of conventional chest X-ray or CT imaging. They want to facilitate the possibility of obtaining useable lung images whilst patients breathe normally instead of holding their breath. They also hope to create high quality images of the lungs even when patients are unable to keep completely still.

Why?
Almost all children and adults with Ataxia Telangiectasia (A-T) suffer from respiratory symptoms, recurrent or chronic lung disorders. This is responsible for a large burden on these patients and their families, and can often be fatal. In order to improve treatment, it is necessary to be able to monitor the condition of the lung. Lung function measurements are difficult to carry out reliably for many people with A-T, and standard imaging techniques involve the use of ionising radiation which should be avoided whenever possible in A-T patients. Magnetic Resonance Imaging (MRI) does not involve ionising radiation and improved MRI would be the ideal tool to obtain reliable structural information about the lungs. However, up until recently MRI was not a very suitable technique for lung imaging in A-T due to several reasons: poor resolution and contrasts, being a lengthy procedure and patients with A-T often having uncoordinated or involuntary movements due to ataxia which prevents optimal imaging.

How will the research be done?
This study consists of two parts:

How could it make a difference to the lives of those affected by A-T?
With improved images of the lungs, doctors will be able to detect lung abnormalities earlier. In most cases, this will have consequences for the treatment of the patient. Examples are: pneumonia, atelectasis of (parts of) the lungs (partial collapse of the lungs) and bronchiectasis (scarring of airways). Therefore, this research could produce a new and reliable tool for diagnosis and follow up. This could represent a major step forward in the respiratory management of people with A-T.

When safe and optimal imaging is possible, clinicians can monitor the lungs regularly and be better informed about the presence and/or the progression of lung disease in A-T patients, and be better able to treat such conditions. This is especially helpful since lung function testing is often quite difficult in those affected by A-T.

Lung disease in A-T is the most frequent cause of death therefore the team expect that clinicians will be able to better manage lung disease in those with A-T and that both quality of life and prognosis will improve for children and adults with A-T.

This research project is funded in partnership with Sparks Children’s charity.