NEWS
You are here: Home / NEWS / All Research Projects / Completed Research / Gene therapy for the treatment of Ataxia Telangiectasia 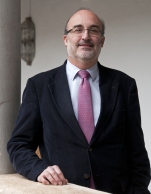 Ataxia Telangiectasia (A-T) is caused by a fault in a gene called ATM (Ataxia Telangiectasia Mutated). Unfortunately, no effective treatment is currently available and present medication only alleviates symptoms of the disease. However, recent advances in gene therapy may provide promising opportunities for treating A-T patients.

Professor Ignacio Molina and his research team aimed to assess the feasibility of using gene therapy to treat A-T patients, using a new gene delivery method. The main aim of the project was to insert a correct version of the ATM gene into patient’s cells using a biological delivery system, called a lentiviral vector. Once the gene was introduced, they looked at the cells to check whether normal functions were restored. Remarkably, experimental results indicated that, for a significant proportion of cells, the functional defects associated with the faulty ATM gene were greatly improved. For instance, treated cells began to produce appropriate amounts of ATM protein, which is crucial to repair DNA damage. It is known that A-T results in cells having a reduced capacity to repair DNA damage and consequently extreme sensitivity to radiation. However, the survival rate of treated cells after exposure to high intensity gamma radiation was 83 %, compared to only 21 % for untreated cells.

The following articles have been published since the grant end date.

The research findings provide compelling evidence that treatment of A-T with gene therapy is feasible. Future work by the research group will focus on optimizing this technique. This is an important first step towards achieving the goal of starting a clinical trial in patients.

Tweets by @ActionforAT
Neurons from blood-derived stem cells as a model of A-T neurodegeneration.