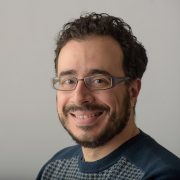 What are the researchers proposing to do?
Individuals with Ataxia-Telangiectasia (A-T) and the related disorder Ataxia-Telangiectasia-Like Disorder (ATLD), which are caused by mutations in the ATM gene and MRE11 gene respectively, suffer from progressive degeneration of the cerebellum (the region of the brain that is responsible for coordinating voluntary muscle movements and regulating balance). The aim of this project is to gain a further understanding of the DNA repair deficiencies that are responsible for this neurodegeneration and to pinpoint what type(s) of DNA damage are involved.

Why?
Since the ATM gene was cloned over 20 years ago, a wealth of information has been discovered about the role that the ATM protein plays in the cell. For example, it is known that ATM functions to rapidly detect and respond to certain types of DNA damage, such as DNA double strand breaks (DSBs) caused by exposure to ionising radiation. In addition to A-T, there are number of other human genetic syndromes that also present with progressive ataxia. One of these syndromes is Ataxia-Telangiectasia-Like Disorder (ATLD) which is caused by mutations in the MRE11 gene. The MRE11 protein is important for the activation of ATM in response to DSBs, potentially explaining the clinical similarities between A-T and ATLD patients, and the inability of cell lines from both A-T and ATLD individuals to repair ionising radiation-induced DNA damage properly.

Based on this, it has been proposed that the progressive loss of balance (ataxia) seen in patients with A-T and ATLD is caused by unrepaired DNA damage accumulating in neurons within the brain, ultimately leading to neuronal cell death. However, even today very little progress has been made into understanding exactly how the loss of ATM or MRE11 function leads to increased neuronal cell death, or even what type(s) of DNA damage are responsible. Therefore, this represents a very important unanswered question in A-T research, and without further clarity the future development of any potential treatments or therapies for A-T and related diseases could be very challenging.

How will the research be done?
The team at the University of Birmingham have recently identified a unique ATLD patient who exhibits all the clinical symptoms associated with ATLD, but in contrast cells from this patient can activate ATM efficiently and can repair IR-induced DNA damage normally. This suggests that a global inability to repair DNA double strand breaks may not be the underlying cause of the ataxia in ATLD and A-T patients as previously thought.

Interestingly, the MRE11 mutation present in this unique ATLD patient specifically causes a defect in repairing DNA damage induced by the activity of an enzyme called Topoisomerase 2 (TOP2). TOP2 is a protein that resides in the cell and helps to relieve tangles in the DNA, called supercoils, by cutting the DNA and allowing it to unwind, before resealing the break. This activity of TOP2 is very important for regulating the expression of specific genes, particularly genes associated with brain development and function. However, in certain situations TOP2 is unable to reseal the DNA break, and as such the cell requires the activity of other proteins e.g. ATM and MRE11, to repair the damage. Therefore, it is possible that mutations in MRE11 that cause an inability to repair DNA breaks caused by the activity of TOP2, will block the expression of genes that are required for brain development and function, leading to a progressive decline in neuronal fitness.

Based on these preliminary observations, this project aims to study how this unique mutant MRE11 protein causes a specific defect in the repair of TOP2-associated DNA double strand breaks and how this can be linked to the neurodegeneration exhibited by patients with A-T and ATLD.

How could it make a difference to the lives of those affected by A-T?
This project is purely a research project to answer fundamental scientific questions about how deficiencies in ATM and MRE11 result in progressive degeneration of the cerebellum. However, once the researchers have better knowledge of the type(s) of DNA damage that are responsible for neurodegeneration, then this will be a very important first step in knowing how to treat/prevent the progression of the disease. Ultimately, with this knowledge it may be possible to generate therapeutic small molecules that can counteract loss of this ATM-MRE11 repair pathway and prevent the clinical consequences resulting from failed DNA repair.

Dr Reynolds and team believe that the results from this study will benefit clinicians involved in diagnosing patients with ATLD and atypical A-T. Clinically, patients with ATLD and A-T are nearly indistinguishable, and one of the diagnostic tests for ATLD, similar to A-T, is a failure to activate ATM following exposure to ionising radiation. Since the implications from this work is that patients with clinical ATLD may not exhibit an inability to activate ATM, this could affect the ability of the clinician to diagnose these patients properly. Results from this study will identify which DNA damage inducing agents should be used instead of, or in addition to, ionising radiation when carrying out diagnostic research in order to confirm a genetic diagnosis of ATLD.

Tweets by @ActionforAT
Recurrent pulmonary infections and their impact on neurological decline in ...